skip to main | skip to sidebar

Remembering my Father and moving forward with Second Life

Having just remembered my password for this blog I thought it time I updated you all.

In a few days it will be a year since my father passed away after a long battle.  It still doesn't seem real, yet at the same time it is sad beyond description. I keep expecting to see Dad sitting in his favorite chair watching the TV, then as I remember he is gone the sadness overwhelms me.  I still don't know how to live in a world without my father in it, its like my whole world is broken.

In the last year I have been working hard in SL to create new products, update old ones, and reconnect with the people I had neglected.  It started with a few sneaky login's using an alt account in late 2016 on my old iphone while sitting in the hospital ICU waiting room. It wasn't until 2018 after Dad passed that I got a new Android phone that was able to connect reliably enough for me to tether the laptop to it and login to SL properly.

When I logged back in with my main account Darling Brody I was expecting everyone to be angry with me for neglecting them for so long.  Instead of anger I received overwhelming support from everyone I spoke to.  I am grateful beyond words for all the support I received from the SL community over the last year.  I would not have been able to cope with the loss of my father without their kindness.

When I returned to SL I discovered my helpful hosting company had accidentally deleted the database password file while doing a server upgrade.  The result was every single product that used my SQL database to help it function wasn't working.  I spent more than a month hacking my own products to recover and restore passwords so old products held by customers would start working again.

As many of you know I finally released the MONO version of QHUD which I had been sitting on for almost a decade.   I was determine not to release it while those permission exploits were still able to steal scripts.  I worked so hard on QHUD that I couldn't bare to have the scripts stolen again like the original Quantum Core was in 2007-2008.  It still irks me that another HUD creator (you know who you are) is still running his business that was founded on stolen scripts from my Quantum Core.

The QtHUD (Quantum Topaz HUD) project has now been officially abandoned.  It was a total rewrite of QHUD in JAVA!  It ran fast with region side lag having no effect on its user interface, while having only a small number of scripts compared to Mono QHUD.  Sadly Linden Labs have done something weird to the way media on a prim functions since I scripted the QtHUD and it refuses to boot up at all!  I have started reusing parts of it in QHUD and a new project called....

MiniQ stands for Miniature QHUD.  It is capable of running all QHUD & QtHUD weapons, as well as almost any bullets you can find. It is both a GUN and a HUD in one.  It also supports rezzing building, bots, mines, etc. It includes tools like Turbo Boost speed for flying/running and a Radar to keep track of who is in the region. It has a full range of protective measures like Shields, NPV, Cloaks, and Move Locks. The whole MiniQ is the same size as the bottom buttons on QHUD.  That is about 1/8 the size of QHUD. It uses only 2 scripts and is lightning fast to operate.  It is fully compatible with QHUD meaning you can control MiniQ weapons with QHUD or visa versa. The two HUDS complement each other very well.  It includes an API so 3rd parties can make and sell their own add on packs for MiniQ. 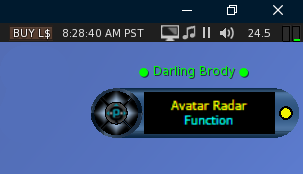 MiniQ in comparison to the viewer controls 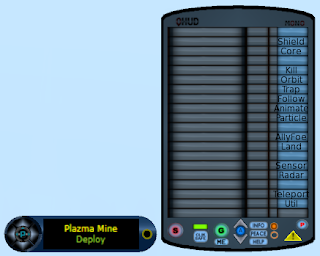 MiniQ will be released for FREE as a demo version that only functions in a set number of regions, with the option to buy it to unlock the ability to use it in all regions of SL.  Combat regions are encouraged to contact me in-world to organize a vending machine that distributes the FREE MiniQ.


Darling Brody
When life gets you down, orbit yourself!


Posted by Quantum Products (Darling Brody) at 8:12 AM No comments:

My father is dying

My father is dying.
I am moving to my parent's home to look after my mother.
There is no internet at my parents home, so I may be offline for a long time.
Quantum Products will continue to run while I'm offline.
Take care of each other while I am gone.
Luv y'all. xo

Posted by Quantum Products (Darling Brody) at 2:57 AM 5 comments:

Save 33% on the price of QHUD by purchasing it from MarketPlace before the end of the month!

https://marketplace.secondlife.com/p/Quantum-Core-QHUD-Combat-System-Multi-Tool-Quantum-Products/193914
Posted by Quantum Products (Darling Brody) at 5:06 AM 5 comments:


For years now there has been a risk that SecondLife will be blocked by the Australian Government's planned internet censorship.

Today the Federal Parliament of Australia passed legislation to create an R18+ video game clsification. Effectivly making SecondLife immune to any internet censorship they may one day introduce.

Posted by Quantum Products (Darling Brody) at 6:03 AM 1 comment:

As some of you may know, I became homeless over a year ago.  I have been living (couch surfing) between two locations.  My parents house in Melbourne (city) and my best friend who lives in a small country town.  I have been alternating one week in each location for more than a year now.
When I am staying with my best friend in the small country town I don't have my computer or the internet.  This has been very bad for customer support and new product development, but that is all about to change!

Thanks to YOU GUYS, the people buying my products in secondlife, I will have a place of my own in the next two weeks.  I'll have myself, my computer, and the internet all in the one place 100% of the time.

This means you will all get faster product updates, and customer support will be back at the levels of 2007 when people thought I never slept!

Over the next two weeks as I move house there may be some disruption to the operation of some products while I move.  Please don't panic.  Things will be bigger and better very soon ;)

The QHUD v5.00 'Topaz Series' is a totally new product written from scratch to take advantage of all the new scripting functions that have been added since QHUD v4 was originally designed.

QThud has a nice low script time usage of 0.022ms and less than 400k of memory usage!  My goal here was to make QThud into a HUD you can use anywhere without some 'crybaby' telling you to take it off.

The initial release of QHUDv5 will only go to the 2,164 people who have donated using their QHUD prior to Friday the 13th of January 2012. I decided it is only fair to reward those who have supported me.

In case your wondering, those blue crystals I use in the shields are Topaz, my favourite gem stone. Thus the name Topaz Series.

EDIT: Corrected a decimal point error in the script time usage above. Actual raw script time is 0.0000022µs, or 0.0022ms as it shows in estate time statistics.
Posted by Quantum Products (Darling Brody) at 4:29 PM 11 comments:

This will be the fastest way to get help as your tweets get sent directly to my mobile phone.

Follow me to get updates on what is going on with me and Quantum Products.

Tweet @DarlingBrody if you need help and I will help you, even if I am not at home!

xQx
Posted by Quantum Products (Darling Brody) at 1:14 AM No comments: